Luscinus gcv is named after Gaius Fabricius Luscinus Monocularis (the one-eyed). Luscinus was a Roman consul around 282 BC, who was known for his austerity and incorruptibility. Just like this historical figure, Luscinus puts the priorities of its clients first, co-investing our time and passion in a joint vision and ideology.

And just like our one-eyed namesake, our unique overview of the creative, industrial, government and educational sectors often means that Luscinus is the “the one-eyed man in the land of the blind”. With diversification and specialization so embedded in today’s culture, intermediates and mediators are crucial to exploiting the full potential of encounters between experts in diverse fields. At Luscinus, we use our broad knowledge of these worlds to generate collisions between creatives who would otherwise never meet.

Luscinus gcv was founded by Koen Snoeckx. As a Collision Maker, Koen creates ‘collisions’ between specialists from many different realms of expertise to address the fast-moving developments in our society. These collisions release the collaborative energy needed to create the fundamental insights that will enable us to build the economic, political, ecological and societal models of tomorrow.

In addition, Luscinus can draw on a robust network of freelancers across a diverse range of skills to assist on more elaborate or complex assignments.

Koen Snoeckx, the founder of Luscinus, describes himself as a Collision Maker.

Before starting Luscinus, Koen gained experience heading a number of non-profit organizations shaping cross-disciplinary collaborations involving CCI. Since he founded Luscinus in 2017, Koen has acted as Strategic Advisor and Head of Business Development at Baltan Laboratories in Eindhoven, Chairman of Creative Ring and one of the driving forces of Creative Ring Eindhoven. While working in those roles, Koen has connected locally and internationally to a diverse set of stakeholders, both at the strategic level as well as in the daily operations. This gives him a unique insight into the creative sector, from grassroots initiatives to what is happening in the world of policy making.

Between 2014 and 2017, Koen was Director of Baltan Laboratories, an Eindhoven based cultural organization that puts artistic research at the core of its practices. Within this role, he was co-founder of Creative Lab Brainport, Creative Ring and Creative Ring Eindhoven. In parallel, he was also involved in a cultural startup and an award-winning restaurant business.

Koen is a dedicated husband and proud father of two beautiful daughters. When not at work or spending time with his family, Koen dedicates his personal time to sports, meeting with his friends or managing the community center ‘De Boekerij’ together with other volunteers in his neighborhood. 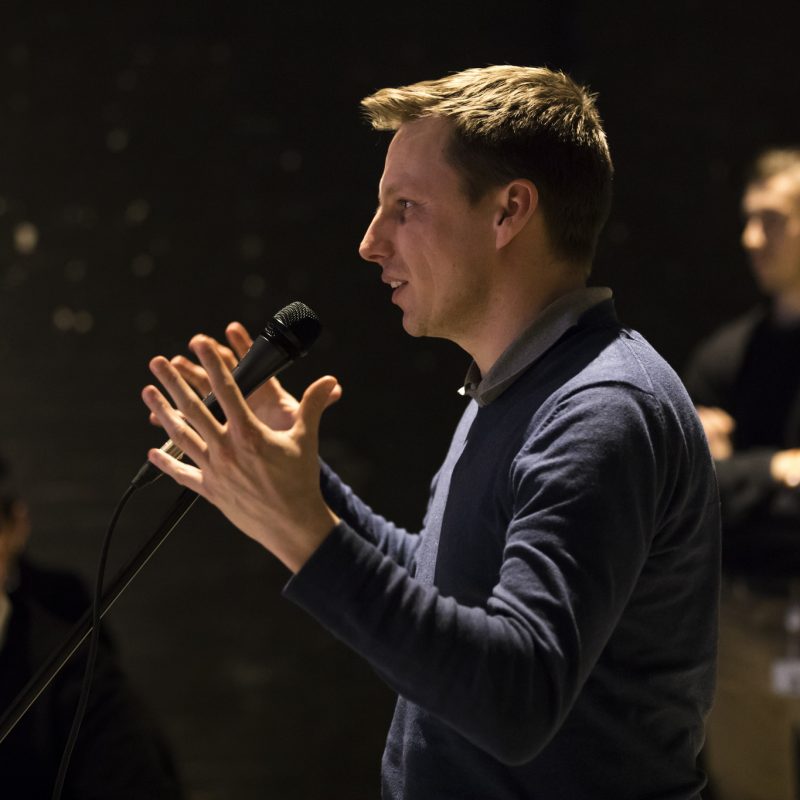